In 2015, HMDT Music celebrated its 20th Anniversary with a series of events reflecting its achievements over the past twenty years.

I Can Sing! Music theatre School performed We’ll Meet Again, a compilation of several HMDT Music commissions remembering the Second World War, including I’ll be Seeing You (Matthew King and Alasdair Middleton 2005), The Hackney Chronicles (Jonathan Dove and Alasdair Middleton 2001) and Hear Our Voice (Jonathan Dove, Matthew King and Tertia Sefton-Green 2006). 100 students produced a moving performance that represented various aspects of the war and with it a range of emotional experiences embracing themes of fear, humour, loss, friendship, family, patriotism, defiance and above all – as was overwhelmingly displayed by children writing about their own experiences – hope.

CYMH Instrumental School orchestra and choirs performed extracts from Hear our Voice, including the dramatic train journey to the camp at ‘Belzec’ and ‘I Believe’, expressing the hope that can flourish even in the darkest of hours. 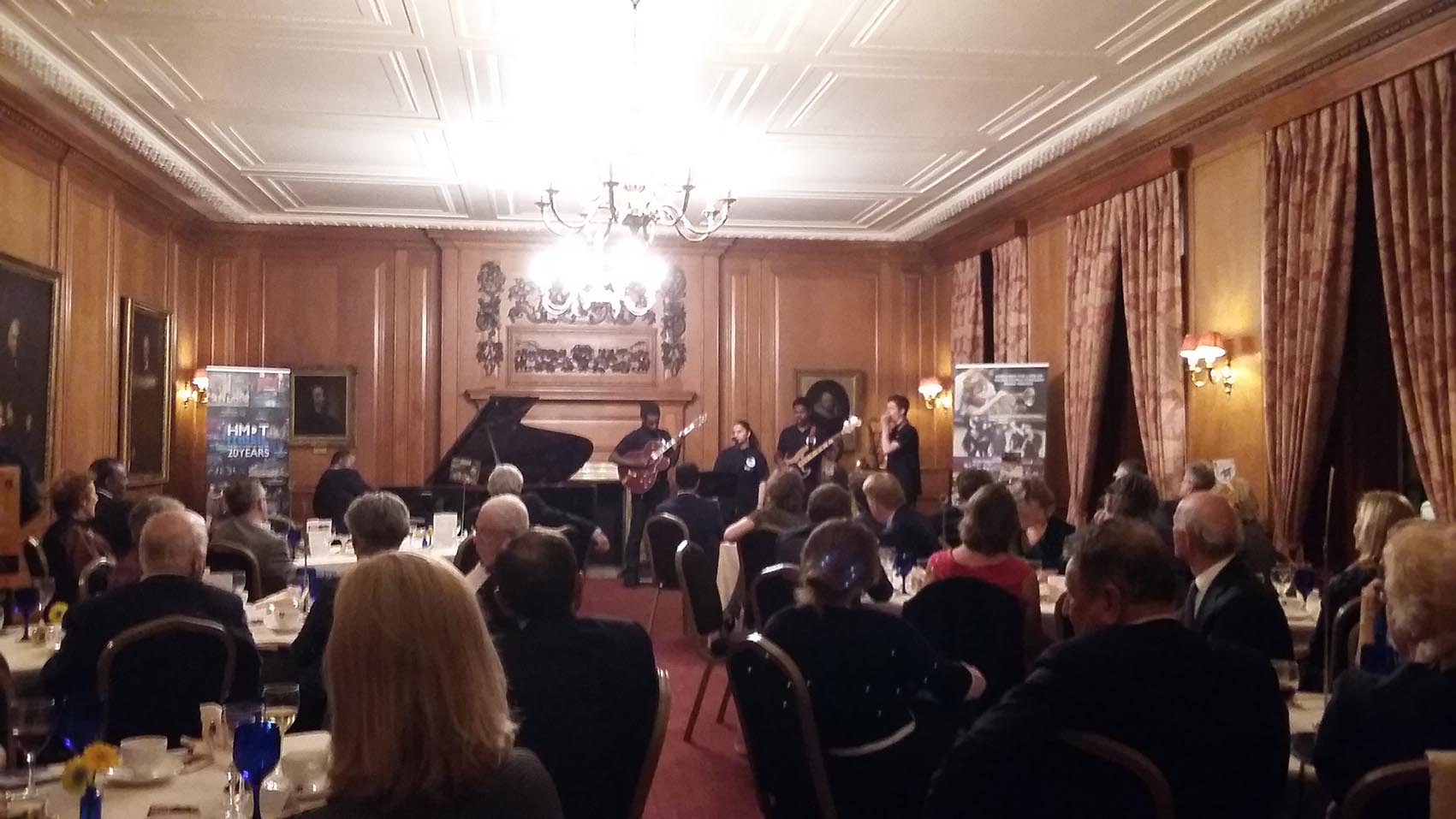 On Wednesday 21 October, HMDT Music held a dinner and concert in the Parliament Chamber of the Inner Temple. Guests enjoyed a delicious meal, and performances from our patrons acclaimed cellist Natalie Clein and renowned pianist Julian Joseph, with students from the Julian Joseph Jazz Academy finishing off the evening in style. The evening raised over £11,000 towards our 20th Anniversary Fundraising Campaign, which goes towards continuing to give young people a musical future. 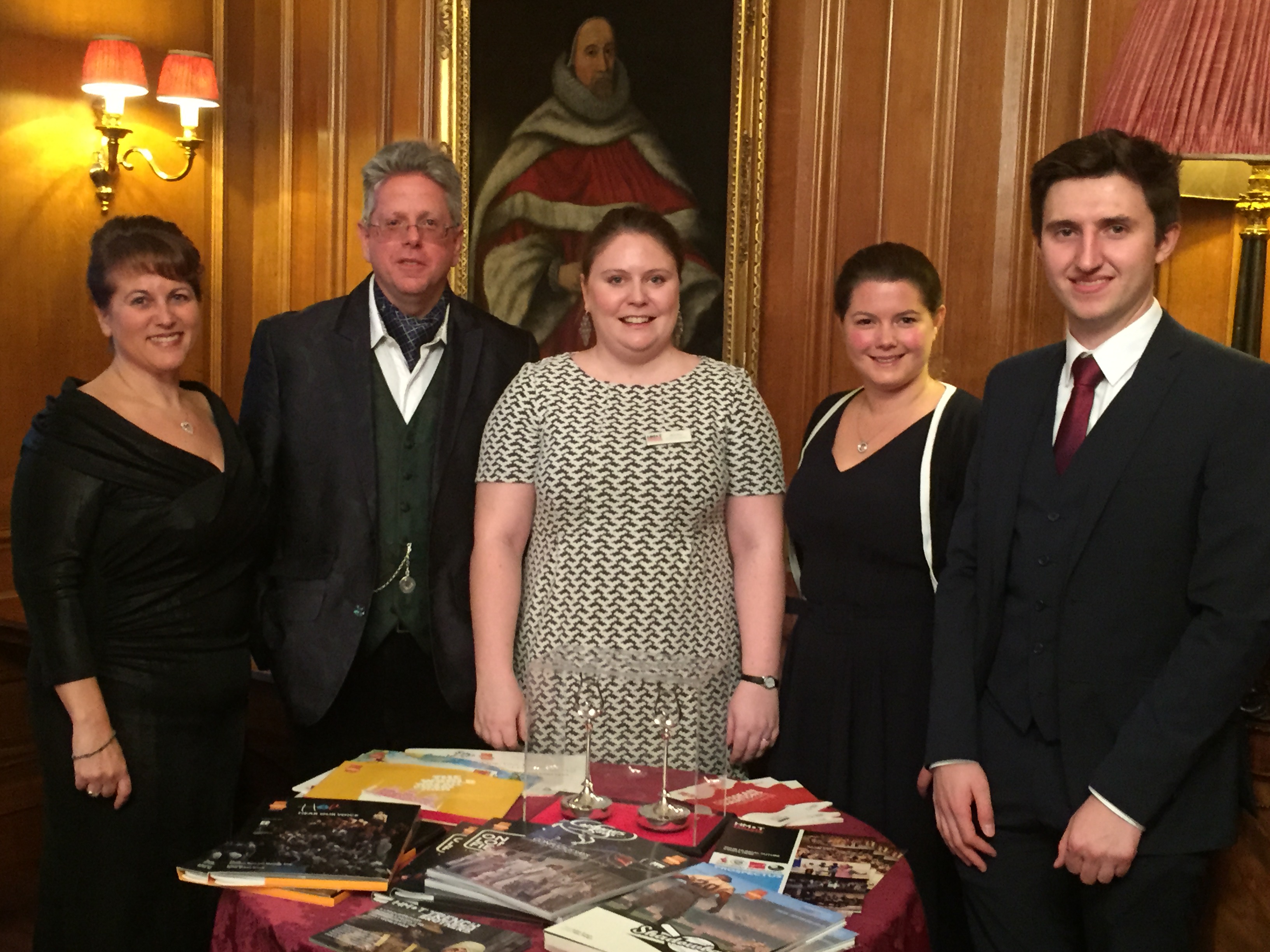 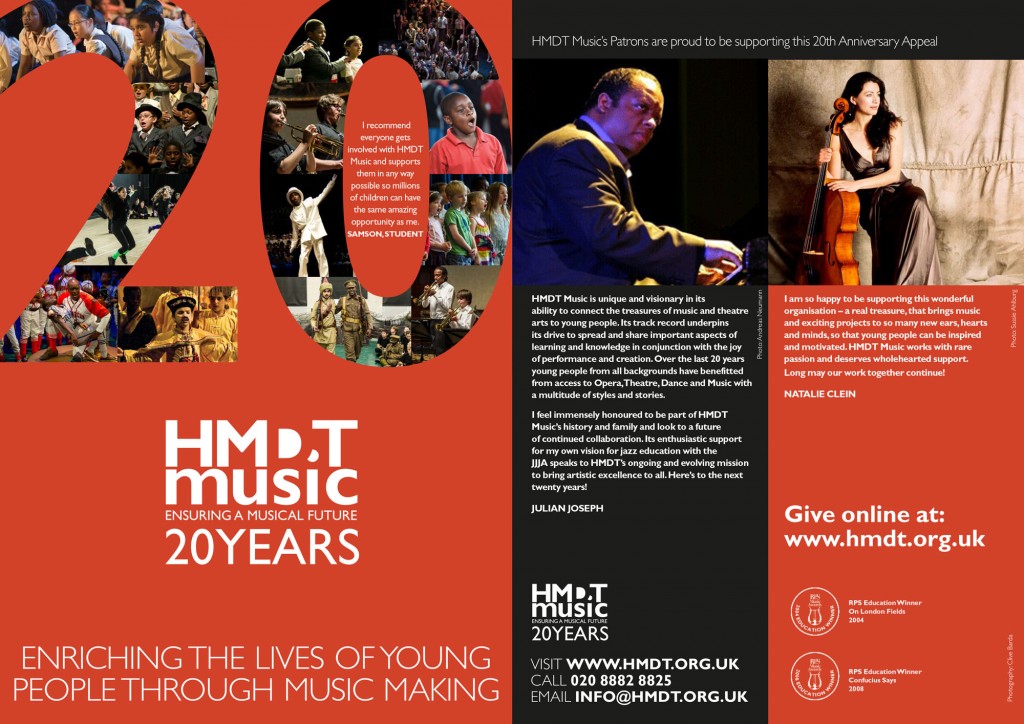 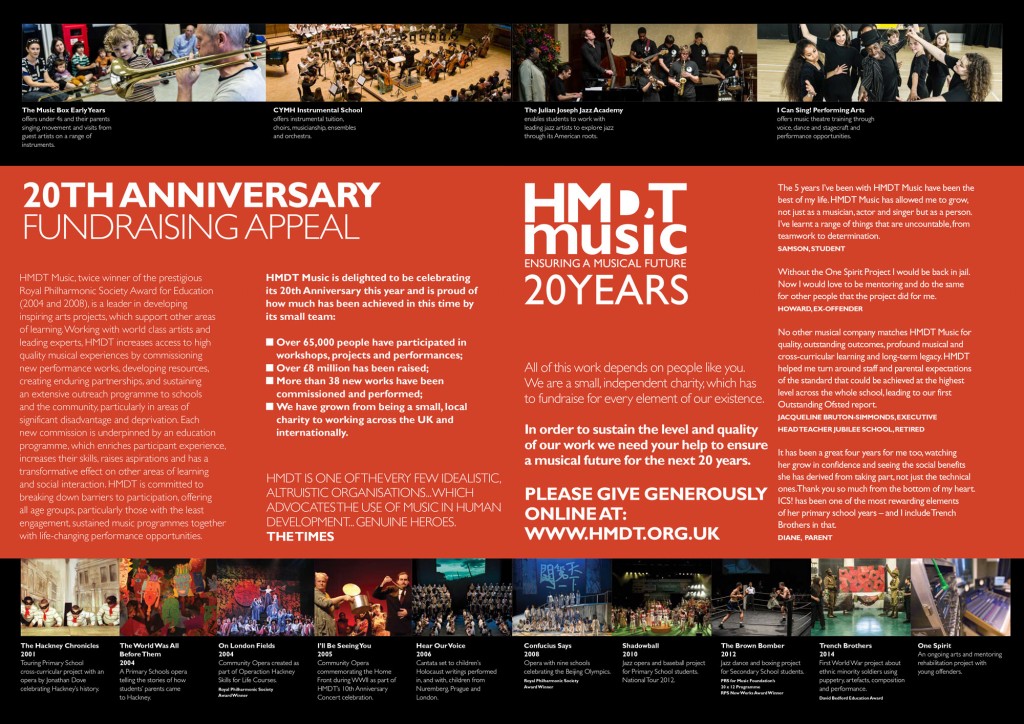 Students from our Saturday Programme were given the exciting opportunity to perform at the prestigious Wigmore Hall on Saturday 5 December. The concert demonstrated the range of musical genres in which our talented students work. CYMH Green choir performed numbers from Jenny Gould’s new ‘Songs of Imaginings’ while CYMH Chamber Choir and String Trio treated us to Howard’s famous ‘Fly me to the Moon’ and ‘A Complete History of Western Music’ as arranged by Snyder. This was followed by the CYMH Brass Ensemble performing the traditional ‘The Foggy, Foggy Dew’ and Greenwood’s ‘The Acrobat, before I Can Sing! Junior 2s put on a staged performance of music theatre favourites on the theme of Cities, including Edens’ ‘Bonjour Paris’, Gershwin’s ‘A Foggy Day in London’ and Rogers and Hart’s ‘Manhattan’. The concert was rounded off in style by the Julian Joseph Jazz Academy Seniors performing Shorter’s ‘ This is for Albert’, Bernstein’s ‘Lucky to be Me’ and Powell’s tune ‘Powell’s Prances’. 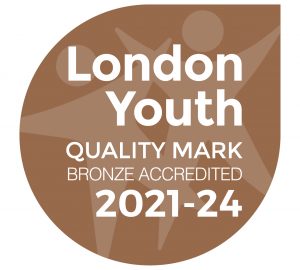