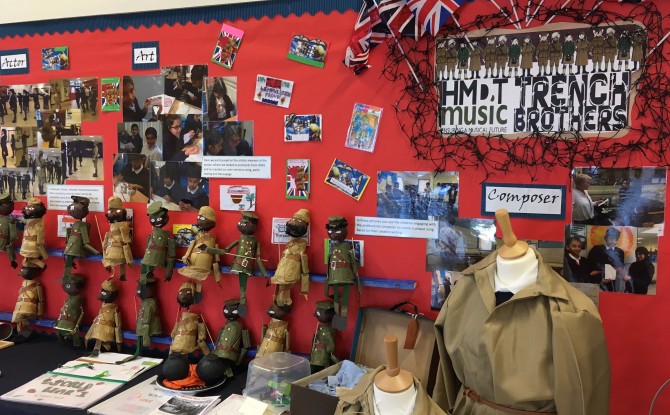 Trench Brothers is our First World War project that brings to life the lives of Black and Indian soldiers and commemorates their contributions. After running the project in schools around London, this summer saw the project taken on a tour around Lancashire in partnership with the Heritage Team at Lancashire County Council. The tour covered the length and breadth of the county, visiting primary schools from Blackpool to Burnley and was well extremely well received wherever it went, but don’t just take our word for it:

As a school located in a traditionally ‘White English’ village, we often find our children and families have little knowledge or empathy with other cultures. It has been valuable for our school to embrace the contributions made to the war effort by black soldiers.

We have been thrilled by the warm reception that the project received in every school that it visited. The pupils, teachers and parents showed our team nothing but a tremendous amount of appreciation and enthusiasm.

Students receive four workshops along with over 90 commissioned lesson plans, which inform their understanding of the topic by integrating learning about the First World War across the curriculum. You can learn more about this by clicking here.

For the tour, we partnered with several local organisations and performers to deliver the workshops.

When the children wrote their diary extract, they wrote descriptively and passionately about their experience of being a soldier in the British army.

The children appreciate that there was a lot more to life in the war than fighting. It made them think more about life in the trenches.

Ranj Nagra played the role of an Indian Havildar to give students a first-hand experience of what life would have been like for young recruits. 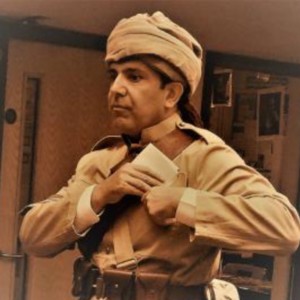 [One child] adored the Havildar session and stayed in role as a soldier throughout. She wrote an excellent piece in role as a Havildar talking about him and how he treated the other soldiers.

Led by puppeteers from the Horse and Bamboo Theatre, students crafted their own puppet in the likeness of an Indian or BWIR soldier. 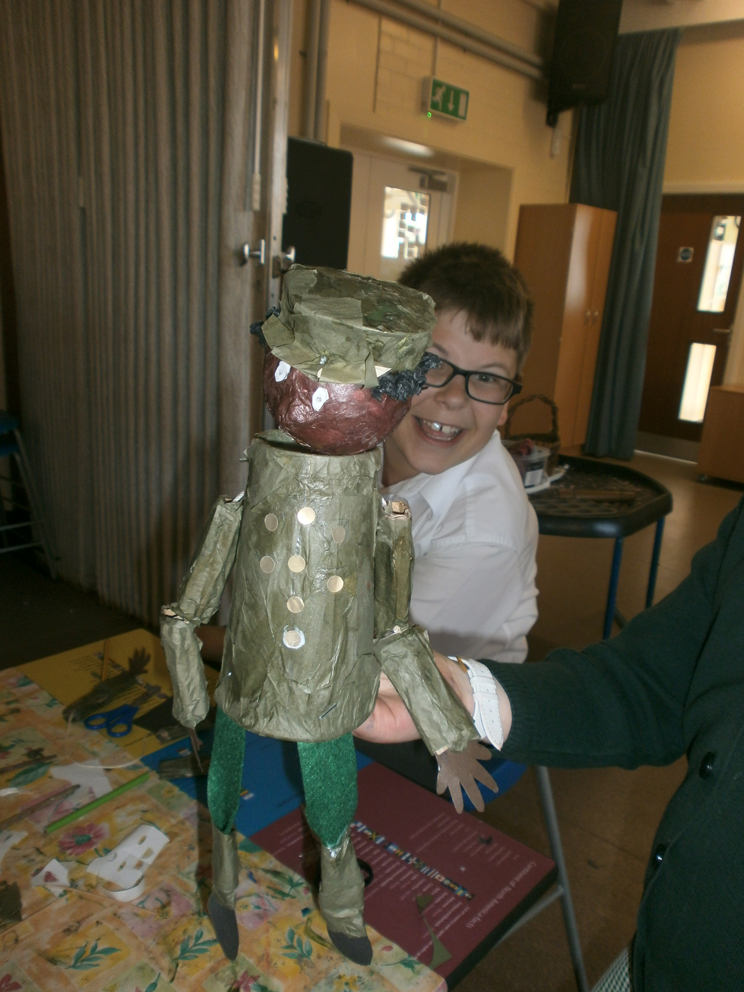 A student from Piling St. John proudly shows off his BWIR puppet.

Most of our children find art and craft skill difficult, however, Horse and Bamboo engaged the children with their step by step instructions. This allowed the children to keep focus, follow the instructions and complete the task that they are proud of.

Once all the workshops are complete, the students prepared for their final performance of our Trench Brothers music theatre piece by composers Julian Joseph, Richard Taylor and libretto by our own Creative Director Tertia Sefton-Green. They learnt the songs for the show, including their Letter Song about a given soldier they have written the lyrics for and set to music with a composer.

They learned that they can be song writers and composers. They gained confidence to sing in front of their peers and were proud to have their ideas included in the song.

On the day itself, our team of 8 turned up in each school with all the necessary equipment and, in the space of a few hours, got the children ready for their performance! We are delighted to say that each school put on a fantastic performance, one that will be recorded on our Legacy Site shortly.

I could not believe the amount of time and resources provided to the school and the final product at the end.

What an opportunity for our children! We have never done anything like this before at our school and I was astonished with the results. We loved learning our songs and taking part in a show with another year group. All the children were so proud of the part they’ve played and the feedback from parents has been amazing. One parent said ‘Best thing I’ve ever seen., 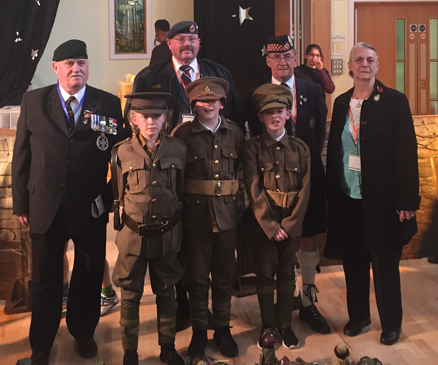 The students of St. Francis of Assisi invited local veterans to watch the performance.

The schools involved in the project will also be contributing some of their work to the Trench Brothers exhibition, which will shortly begin its own tour of Lancashire starting on 10 August at Lancashire Maritime Museum. There, the children’s work will be found alongside fascinating memorabilia and displays that will bring the Trench Brothers experience to life.

I have learnt from the staff provided new ways to engage children’s learning. I have developed as a teacher to engage students in new ways.

We would like to extend our thanks to all of our partners on this project, as well as the Heritage Lottery Fund, whose generous support made the project possible.