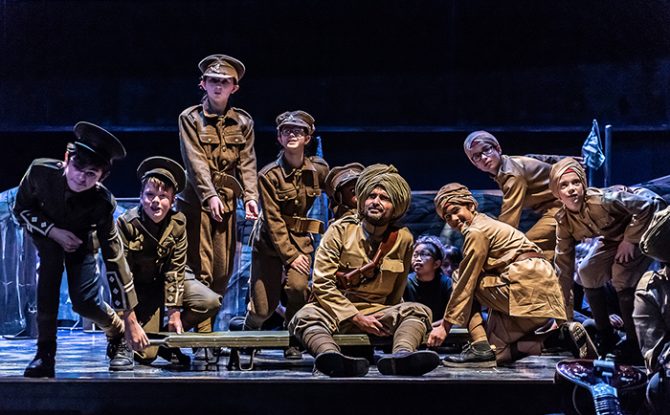 This was a truly incredible and moving performance that serves as a fitting tribute to the soldiers whose stories are too often left out of the narrative of the war. 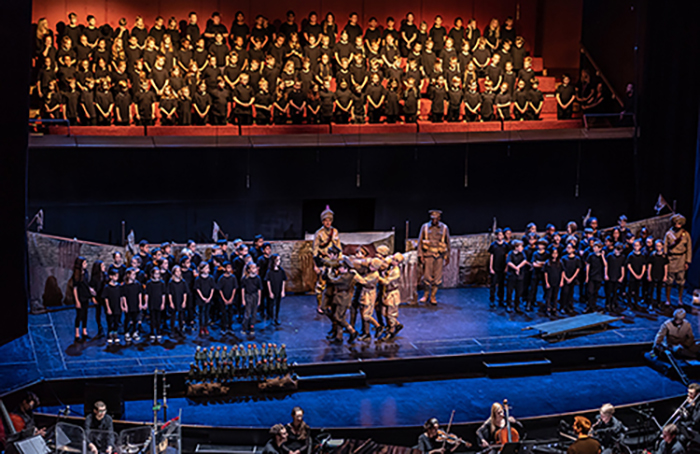 On the 17 October 2018 HMDT Music’s Trench Brothers was performed to great acclaim, at Brighton Dome to audiences of around 1,500 people. The finale of four year’s work around the country, it brought together songs written with schools in London, Lancashire and the South East in a unique collaboration of musical genres alongside the core music theatre work by composers Julian Joseph and Richard Taylor set to a libretto by our Creative Director Tertia Sefton-Green.

It was performed by children from 7 local schools, Seniors from our own I Can Sing! programme and top artists Cleveland Watkiss, Damian Thantrey and Richard Sumitro accompanied by students from our Julian Joseph Jazz Academy, our CYMH tutors and the Jasdeep Singh Degun Indian Sitar and Tabla duo.

Tertia Sefton-Green’s libretto masterfully engages its adult audience while ensuring that the content remains accessible and understandable to the young people taking part. Julian Joseph and Richard Taylor’s music help to elevate the performance into something wonderful to experience – each character’s culture is reflected in their music and it is a joy to hear different genres and influences being woven together to reinforce the narrative’s themes of camaraderie.

An affecting music theatre work……. ‘letters home’ …. have all the poignancy, humour, sadness, bitterness and gritty historical detail that you would expect.
HMDT Music have form for taking on projects with big themes.