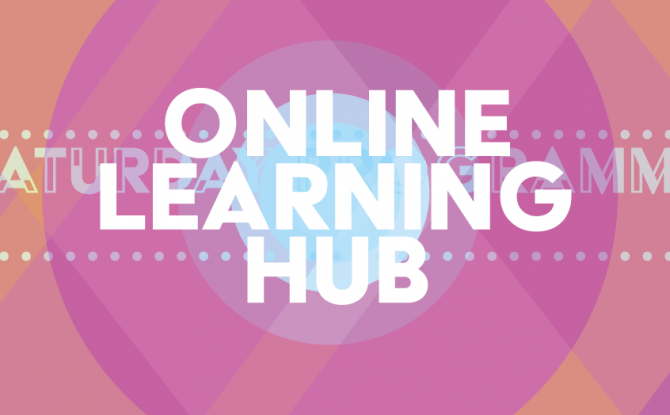 THANK YOU: Launch of Online Hub

We would like to say a massive thank you to all our tutors, students, parents and staff who made the launch of our new Saturday Programme Online Learning Hub a huge success this morning. A very special thank you also goes out to our amazing graphic designer Raphael for working into the small hours to create such a beautiful webspace for us at such short notice!

The feedback we have received has been overwhelmingly positive and the spirit of our Saturday Programme undaunted by these trying times. This was truly a Herculean task, and you should all be extremely proud of yourselves! Your dedication and hard work is inspiring.

We’re sorry that we weren’t able to provide something for every group today, but we will be sending you learning materials early next week. We will be working to resolve inevitable technological issues and the Hub will continue to deliver group and one-to-one music lessons and workshop sessions whilst we all work to make the best of this difficult situation in which we all find ourselves.

We look forward to you joining us next Saturday (our last Saturday before Easter) and for the Summer Term.

We will be in touch with further details and updates from the Online Learning Hub during the week, and we will continue to work remotely during normal office hours.

Do all take care in the meantime and stay safe! 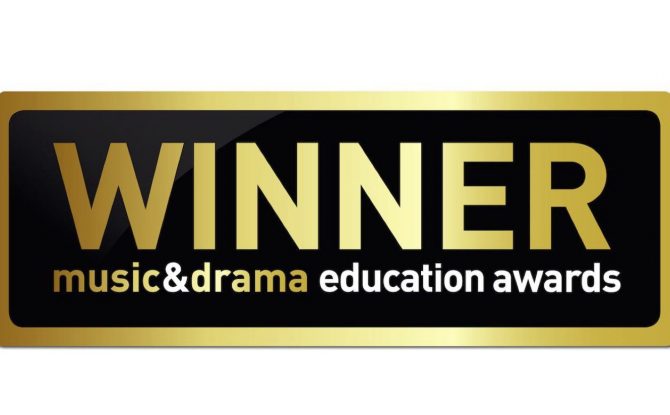 We are delighted to announce that HMDT Music has won the Music & Drama Education Award for ‘Excellence in Musical Theatre’, for TRENCH BROTHERS.

‘Lauded as innovative, interesting, original and, representative with a wide range of easily useable resources’, Trench Brothers commemorated the achievements and contributions made by ethnic minority soldiers in the First World War with a cross-curricular education programme for primary schools, culminating in a new music theatre work by composers Julian Joseph and Richard Taylor, and librettist Tertia Sefton-Green, directed by Clare Whistler, and Freya Wynn-Jones, and designed by Neil Irish.

The project toured schools across London, Lancashire and Staffordshire culminating in October 2018 with large-scale performances at Brighton Dome featuring 250 local school children, students from our I Can Sing! programme and the Julian Joseph Jazz Academy, and artists including acclaimed singers Cleveland Watkiss and Damian Thantrey, actor Richard Sumitro, and the Singh Degun Duo, conducted by Lee Reynolds.

Congratulations and thanks to all the schools, artists, educators, volunteers and partners who’ve participated in and contributed to the project since 2014.

You can also visit our legacy site to see the work of the London and Lancashire Schools by clicking HERE. 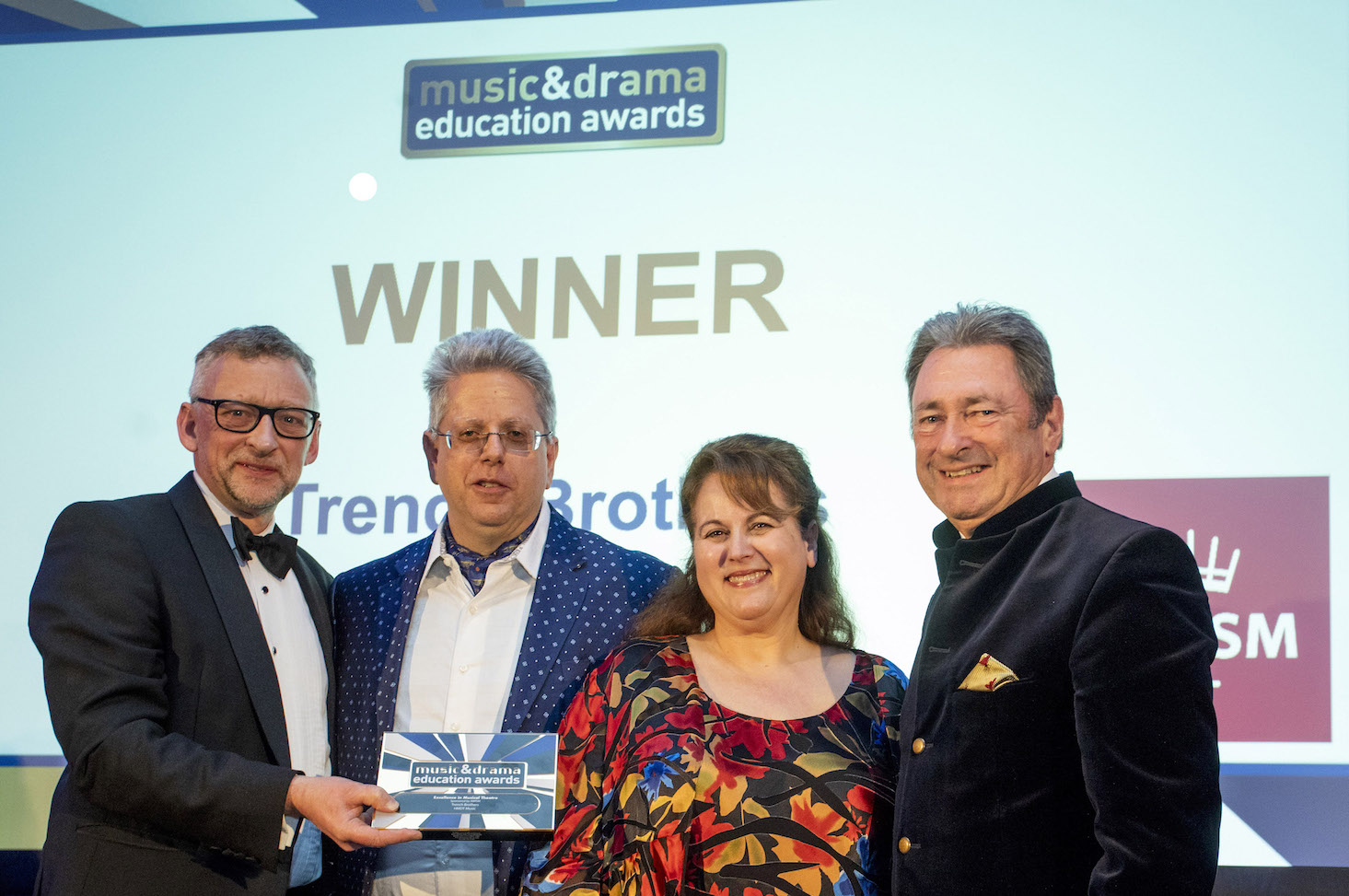 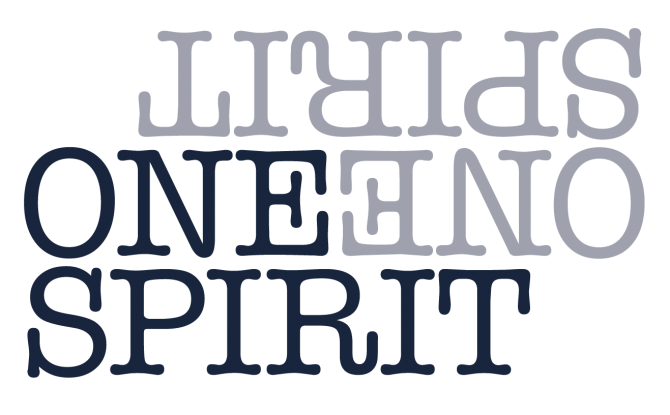 Over the last 12 months One Spirit has delivered its music and resettlement focused projects across HMYOIs Cookham Wood and Feltham and HMP Highdown, as well as continuing to support those released from custody with opportunities to carry on their music/creative arts work with a One Spirit mentor, receive support with their transition from custody to community and guidance for next steps to employment and/or further education.

This year OS projects have engaged a total of 213 young people/adults in weeklong Residency projects, 1to1 In-Custody Mentoring sessions, Introductory/Induction sessions and/or 1to1 Through The Gate Mentoring sessions in the community. 147 were unique users and 39 young people/adults engaged more than once and/or in more than one strand of the project, 8 engaged in all 3 strands of the project.

HMDT Music has also set up a new One Spirit project in HMP Aylesbury, with funding from the London Mayor’s Office. This project will build on the success of several one-off One Spirit residencies delivered over the last 3 years and will run until 2022 allowing One Spirit to deliver its provision weekly in the prison. The project will contain the usual elements of social and functional learning based around music, creative arts and business but will also offer participants the chance to train with HMDT Music when released and, for those on longer sentences, the opportunity to develop a ‘career in custody’, gaining peer mentoring skills in One Spirit’s music education methodology.

This year One Spirit’s work at HMYOI Cookham Wood has expanded to include working with some of their most vulnerable and unsettled residents: yps on ‘single unlock’ and yps with mental health issues. These sessions have delivered vital support and been gratefully received by the participants and staff alike, with one young person remarking “thanks for coming to see us, Sir; it’s nice to be taken seriously’.

Delivery at Cookham Wood has also included working with yps who are working towards clearance for ROTL (Release on Temporary Licence). 7 participants have been released from this unit into the community over the course of the year, all of whom have accessed support via One Spirit’s Through the Gate program.

Sadly the number of young people serving sentences for violent crimes, particularly murder, has continued to rise over the year, at the same time behaviour on the wings, in the corridors and classrooms has been more challenging than ever, with frequent disruption and violent occurrences including a rise in assaults on staff.  Frustration, anger and fear are never far from the surface of most (young) people serving time, often rising and boiling over in education. Perhaps this is why so many participants (71% of those who fed back) highlight social group activities such as warm ups, game playing and focus exercises as some of the most enjoyable in the One Spirit project.

In the community One Spirit has continued to support young people/adults during their resettlement and beyond. 8 young people/adults who engaged with One Spirit whilst in custody have been released over the last 12 months and accessed the Through the Gate mentoring program either remotely or in person (distance and safety of travel remain a challenge for many). One Spirit has been working with several YOT/Ss across London to ensure that their mentees have got ‘joined up’ support and have their time with One Spirit timetabled into their licence conditions.

Several longer term mentees have enjoyed success in their onward journeys, including one former mentee gaining a role in a major TV soap opera, another working as freelance A&R for major record labels and one signing a publishing deal with a successful top 10 music production company.

Currently there are 37 young people/adults accessing the program variously from once every 6 months to once a week in the case of the newly released.

At the time of writing

Across the board the verbal feedback from participants and staff has been very positive; this is what they said:

“I like ‘Hackney Music’, it’s a different kind of class, we all got on together and it’s actually worth behaving for” Residency Participant HMYOI Cookham Wood

“Thanks for the work you have done with RS, especially around peer mentoring. He has visibly matured in the last few months and I am not so concerned about him moving up to HMP now” Dep Manager HMYOI Cookham Wood

“Your project is crucial for the guys interested in music and media and really helps to put what we teach in the classroom into a real world perspective; this has been a very important part of their preparation for employment” Education Manager at HMP Highdown 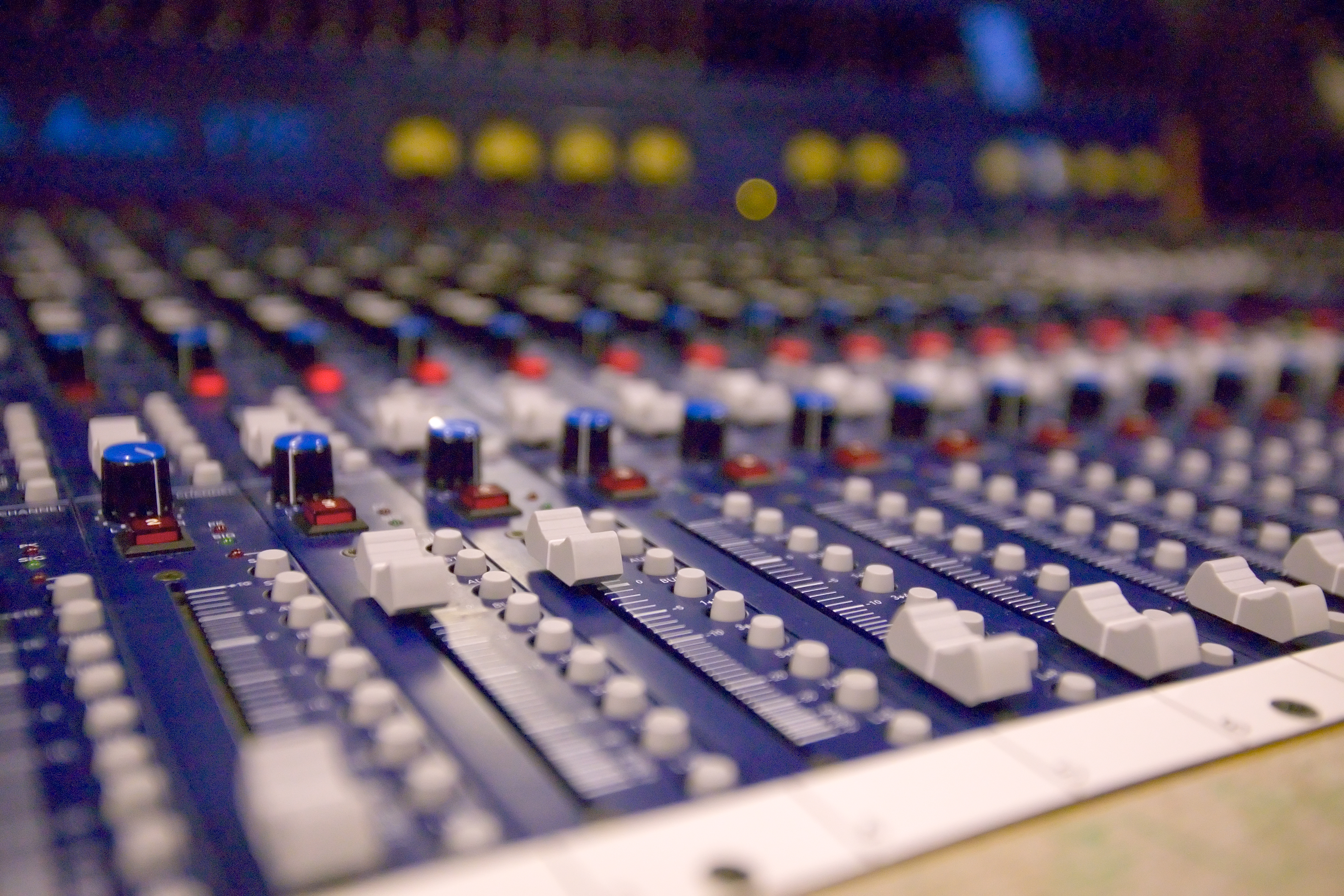 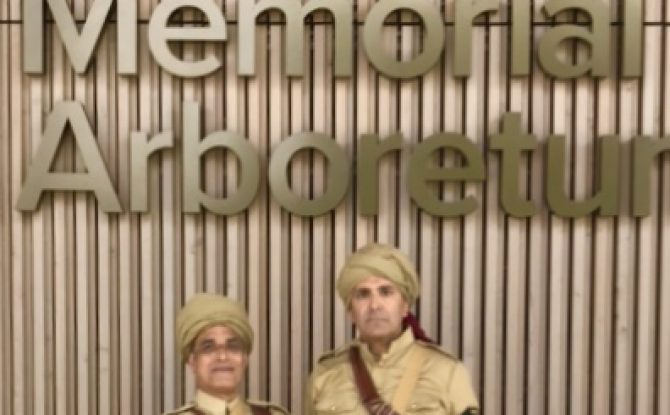 On 4 July, HMDT Music’s Project Trench Brothers, written by Julian Joseph and Richard Taylor to a libretto by Tertia Sefton-Green, was performed as part of the Lichfield Festival at the National Memorial Arboretum’s unique outdoor setting of remembrance. The spirit of remembrance was well and truly alive for this performance which featured MOBO nominated Jazz Singer Cleveland Watkiss, opera singer Damian Thantrey, puppeteers Anna Pool and Jane O’Donoghue, and 120 local school children.

In the lead up to the performance, the school children had taken part in a series of workshops and rehearsals based around World War 1, and teachers worked with over 90 lesson plans, all linked in to the National Curriculum, to further enrich and expand the student’s knowledge. Students had the opportunity to ‘meet an Indian World War 1 Soldier’ in a session led by Ranj Nagra; handle and ask questions about WW1 artefacts with John Meredith, make puppet soldiers led by the Little Angel Theatre and even compose their own letter song ready for the performance at the NMA with composers Jenny Gould and John Webb. On top of this, they also took part in two full day rehearsals with Freya Wynn-Jones (Director) and Jenny Gould (Musical Director) prior to transferring to the NMA stage!

The performance itself was a huge success and a credit to the young people and the whole team – but you don’t need to take our word for it! A reviewhas been published on the Lichfield Festival’s website, written by Oliver Gill, a young person who attended the performance at the National Memorial Arboretum.

HMDT Music and Trench Brothers has also taken part in other events at the NMA – as part of the British Legions’ Youth Thank You project to which two of our Indian Costumed Interpreters ran inspiring drill sessions, and our designers held ‘Design a Memorial’ workshops.

Also appearing at the NMA was the Trench Brothers exhibition. The exhibition, a creative response to the untold stories of minority ethnic soldiers in World War I, which was visited during the month of July by over 24,000 people. 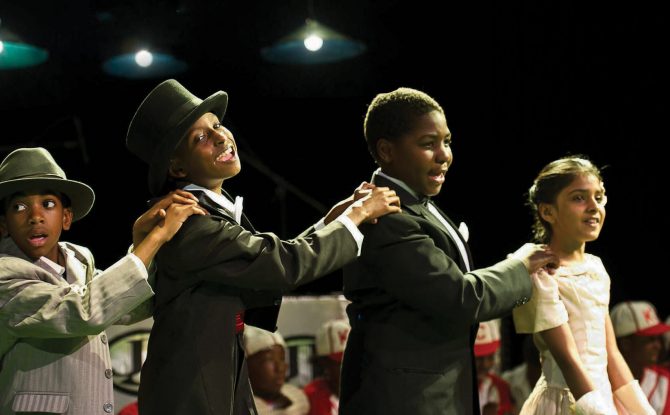 Do you enjoy singing, dancing and acting?

Come and join HMDT Music for a one-off  I Can Sing! Taster on Saturday 22 September, and experience the excitement of music theatre, led by our fantastic team of professional artists.

The morning will offer prospective I Can Sing! students the chance to watch a performance by current students, gain new skills, build confidence and make new friends!

Sessions will include singing, dancing and drama and require no previous experience. I Can Sing! is for ages 5 – 14 and draws on repertoire that includes classic Broadway numbers alongside our original commissions.

What are the timings?

The taster students are invited to join the first session of the term (22 September) with our I Can Sing! Groups according to their school year.

Spaces are limited so make your application now. We will get back to you ASAP to confirm your place. The taster session costs £20.00 – payable when you accept your place.

If you sign up for the term the taster fee will be deducted from the first term’s fee!

Where does the taster take place?

For more information on I Can Sing! and the rest of the Saturday Programme click here. 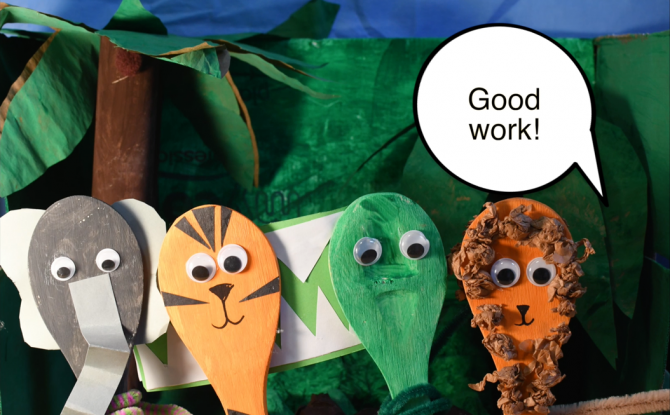 This video is one example of the culmination of HMDT Music’s TIME (Testing the Impact, Measuring the Effect) project. The final phase of TIME was for Queen Eleanor Primary Academy to develop its own project supported by guest artist visits and for this, they chose to focus on their school values and visions and find ways of expressing these through the arts with a view to creating a permanent record and display. We chose to explore a range of genres through music and the visual arts, and create art works to be displayed across the school together with songs representing each value and vision.

Year 2 were given Endeavour as their value and they chose to represent this through an animation about their class mascot, Engelburt the Elephant. They decided to use the character to demonstrate how endeavour fits in with their daily lives at Queen Eleanor Primary Academy. 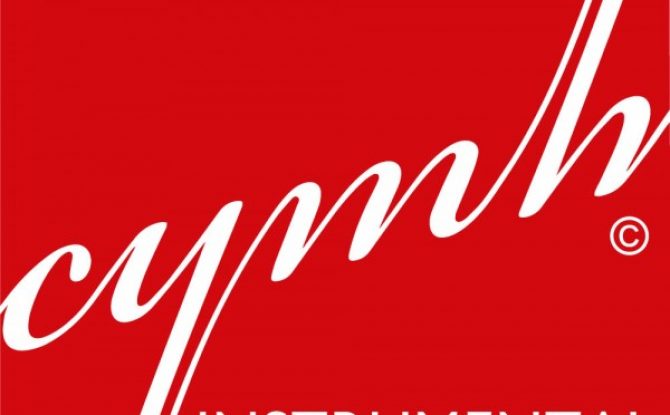 Who is it for?

What will the Academy offer students?

When / Where does it happen?

How much does it cost?

How do I join?

Please fill in THIS APPLICATION FORM

If you have any questions, please don’t hesitate to get in touch with the office, either through email: info@hmdt.org.uk or via phone 020 8882 8825