The 70 minute opera is set in the baseball fields and jazz clubs of black America in the 1930s and 1940s and tells the inspiring stories of those players whose work was never recognised because of the colour of their skin. It features the larger than life personality of pitcher Satchel Paige, the players and musicians who made their livings touring stadiums and jazz joints, the black press who helped budding black entrepreneurs to build a new industry, and the fans, whose social world revolved around the game and the music they loved – baseball and jazz.

It features the larger than life personality of pitcher Satchel Paige, the players and musicians who made their livings touring stadiums and jazz joints

Julian’s music is inspired by the sounds of the era and the game known to Americans as “The National Pastime,” and includes his version of ‘Take me out to the ballgame’ during the traditional seventh inning stretch. The work is extremely lyrical and accessible and engages the audience in enjoyable interaction bringing them into the spirit of the game as it is set in the stadium with the fans and spectators mirroring the real audience.

Acclaimed artist Cleveland Watkiss performed in all 6 productions supported in the theatre performances, by the Julian Joseph Quintet, with Julian himself at the piano. 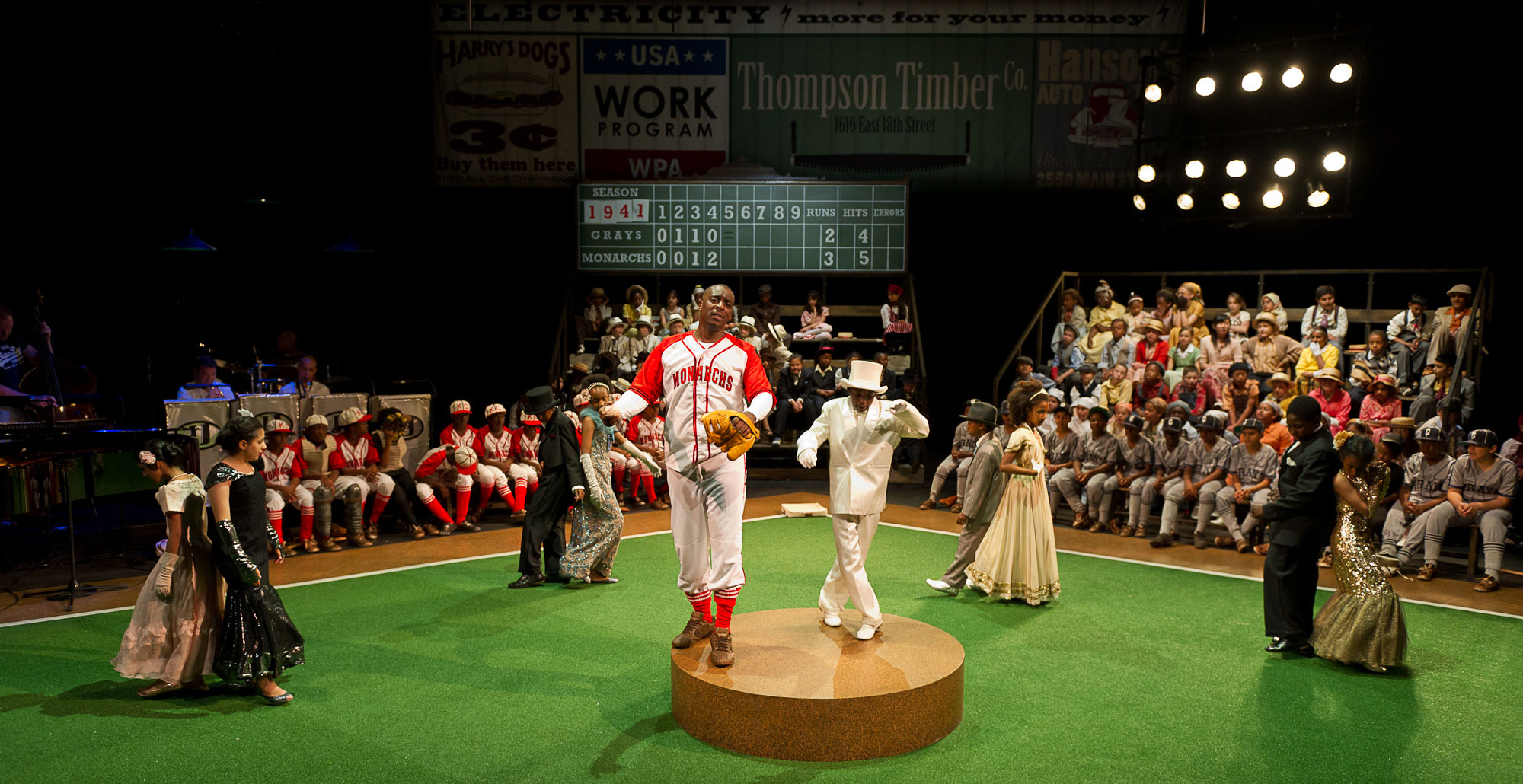 Taking the countdown to the 2012 Olympics as a prompt, [Adam Eisenberg] searched for a project to engage children in Hackney about sport and music, and with the help of Radio 3 presenter Julian Joseph (who provides a stunning jazz score) and librettist Mike Philips (the historian, and brother of journalist Trevor) they came up with a jazz opera about the black baseball league teams and their famous jazz star owners. And the baseball education doesn’t stop on the stage. Right across the Borough, schools are taking up the sport as a game to play. The youngsters also play the celebrity jazz owners, who on arrival have their themes subtly picked out by Joseph’s rousing jazz quintet. And attired in top and tails, the all-singing-dancing Cab Calloway (Samson Adeola) almost has enough dance moves to steal the show!

… its world premiere was carried off brilliantly last night with 120 Hackney schoolchildren shouldering the bulk of the load. Hackney 12-year-olds rarely get a good press, either, so let it be recorded here that these all-singing, all-strutting, all-acting boys and girls were the stars of the show … it was their energy, infectious enthusiasm and surprising rhythmic power that brought these numbers to life. If this multi-faceted production has a message, it was that youngsters given something exciting to do might discover enough talent and inspiration to face this tough world with a smile.

A vast cast of schoolchildren handle Joseph’s tricky jazz themes with enthusiasm and adroitness. … Shadowball is undeniably a thrilling and illuminating venture for its young participants.

Watch Shadowball at the Mermaid Theatre