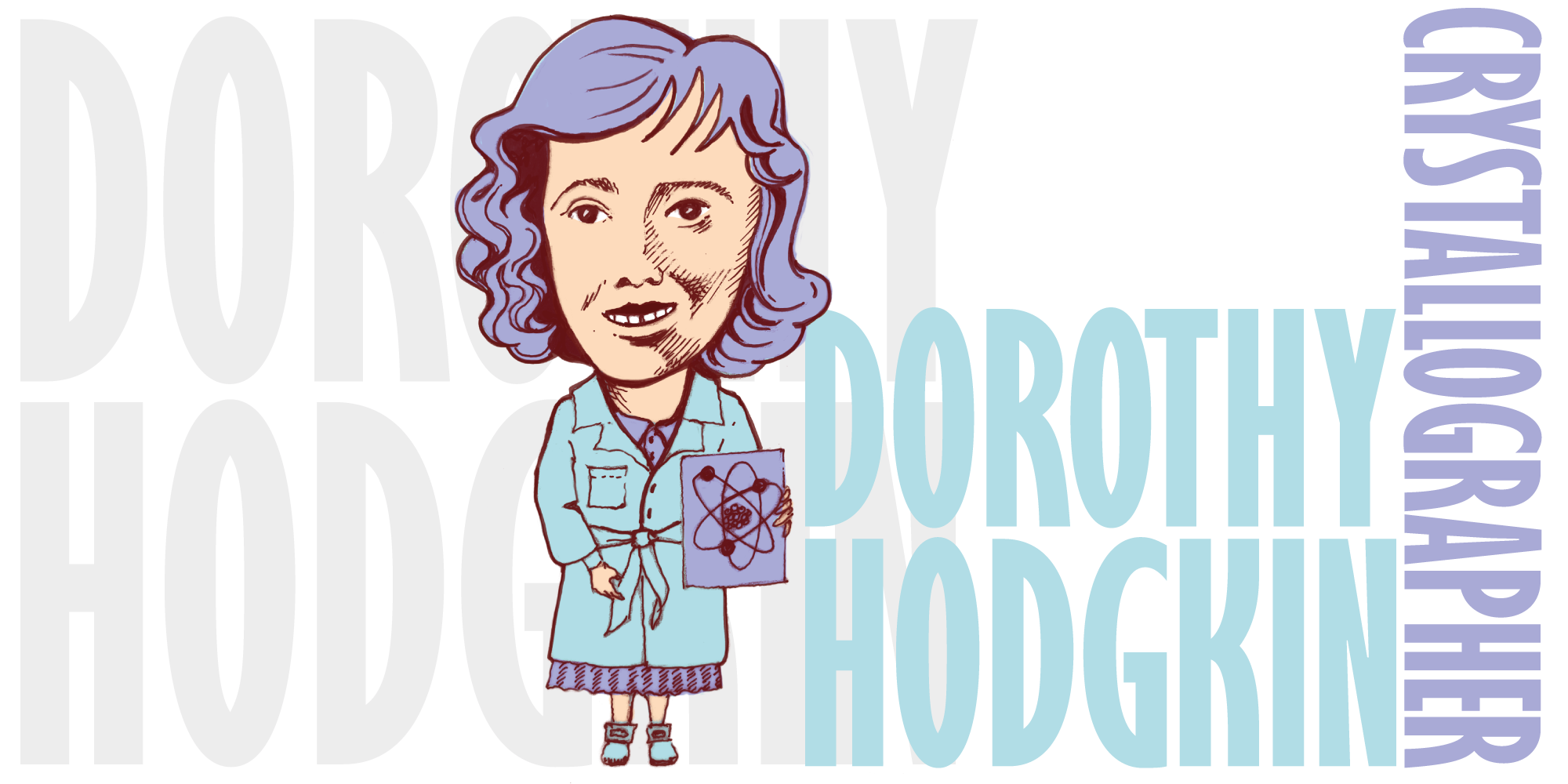 Dorothy Mary Crowfoot Hodgkin was born on 12 May 1910 in Cairo, Egypt. She died of a stroke aged 84, in Warwickshire. 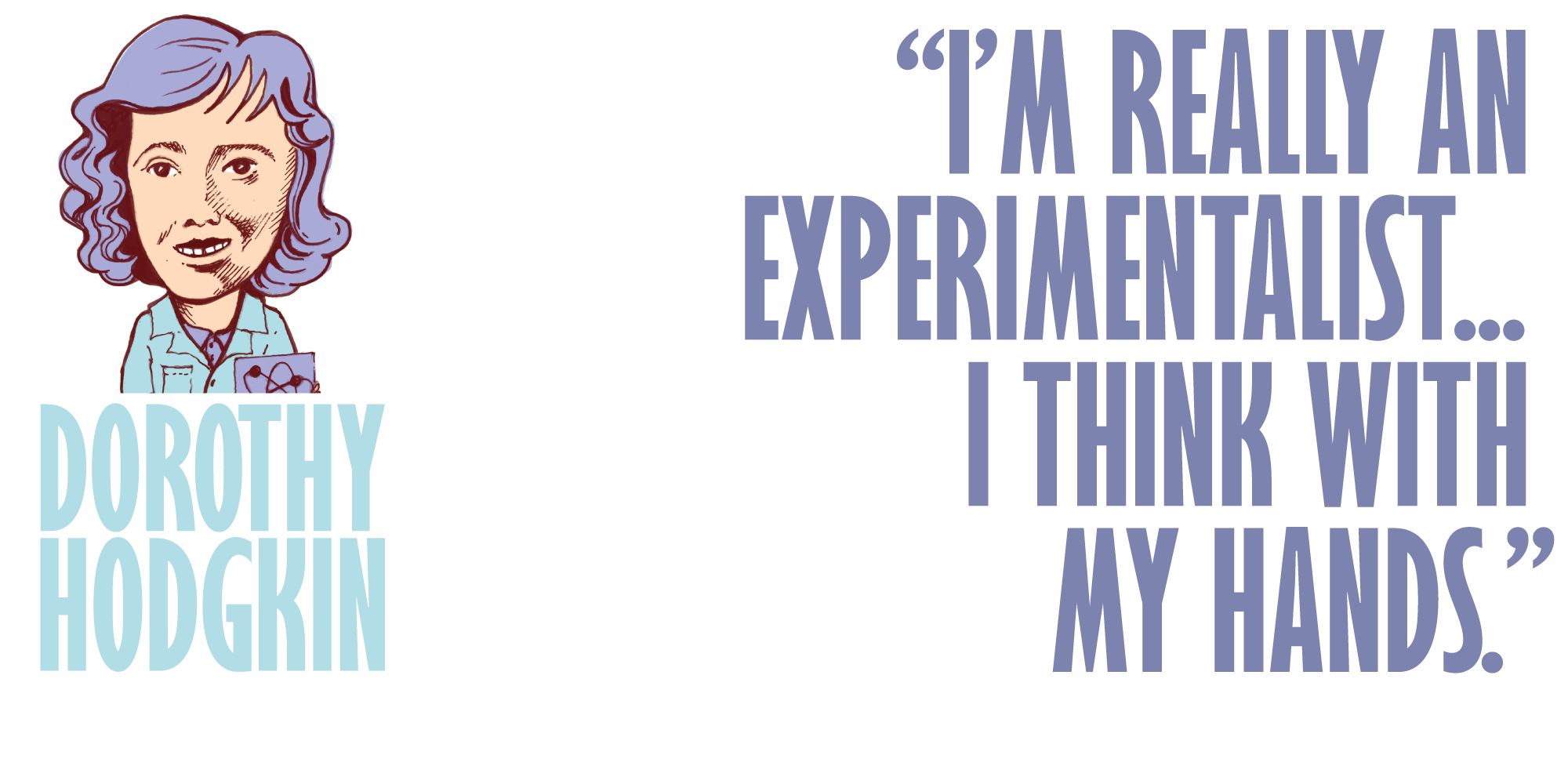 As a child Dorothy lived with her grandparents in Sussex while her parents worked abroad. Her mother was a botanist and encouraged Dorothy’s interest in the sciences, presenting her with a 16th birthday present book on X-Ray Crystallography which helped her decide her future. She hoped to study at Oxford University, but you had to know Latin to get in, so her Headteacher taught her enough to pass the exam. She gained a degree at Somerville College, Oxford before studying for her PHD at Newnham College, Cambridge.

In 1934 at the age of 24, Dorothy was diagnosed with Rheumatoid Arthritis, which causes crippling pain in the joints and confined her to a wheelchair in later life. She did not however, let it get in the way of continuing her scientific work. 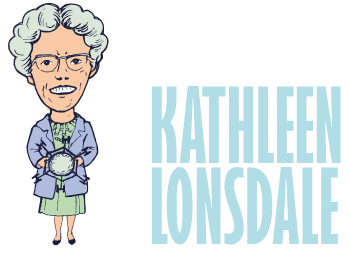 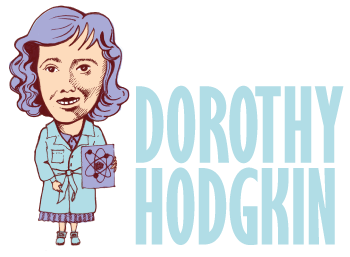 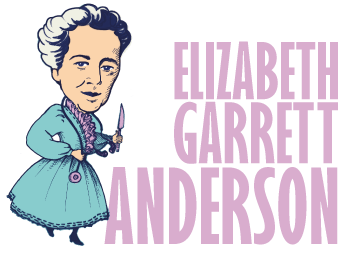