About 200,000 British, Empire, Commonwealth and Dominion soldiers were taken prisoner during the First World War. In theory, the Hague Convention guaranteed their humane treatment: in practice, it varied. Officers and private soldiers were imprisoned separately, and were put to work ‘according to their rank and aptitude’. For private soldiers this generally meant industry or agriculture. Official photographs make the camps seems very civilised, with libraries, theatres and even tennis courts. But Vergeltungsläger or Prisoner of War Camps, were designed to punish prisoners and conditions in them were brutal. All of the camps suffered from limited food and medical care. To counteract this, Indian detainees in German prisoner-of-war camps played traditional village games, competed in three-legged races and exercised by swinging wrestling clubs.

In late 1915, the Ottoman Army besieged a British-Indian garrison in the town of Kut (100 miles south of Bagdad). In April 1916, the garrison surrendered and all the survivors were imprisoned in Aleppo. Around half of the 9,000 Indian troops taken prisoner died of disease or at the hands of their Ottoman guards whilst they were captive. 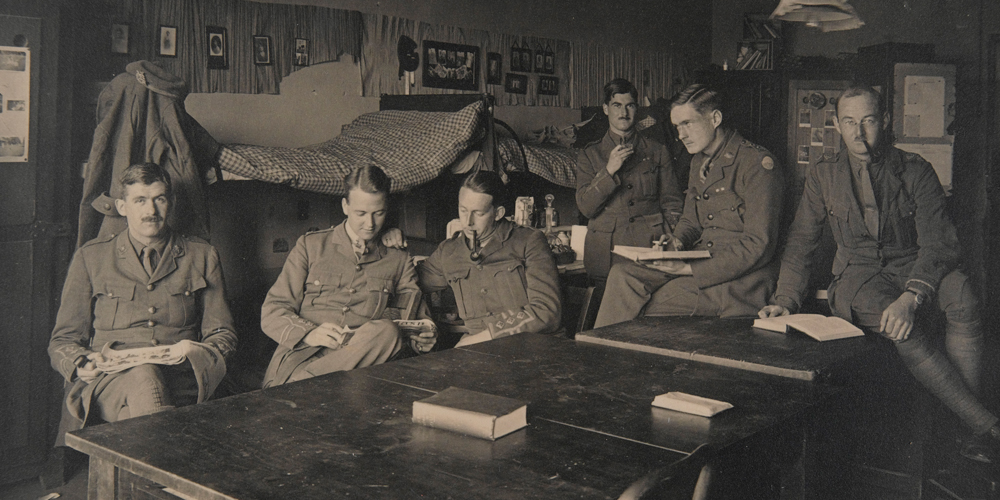 Read about Sher Singh Rana, who was a prisoner of war.

Click here to view photos of Prisoners of War.