At the beginning of the war thousands of horses and mules were requisitioned for the war effort. India alone supplied 173,000 animals across Europe. Although the mechanisation of modern armies had started, and would develop during the conflict, most transport throughout the war was delivered by very literal horsepower. Horses pulled guns, food, equipment, supplies and ambulances; pack ponies, mules and donkeys carried the same material closer to the front line where roads became impassable to wheeled vehicles. 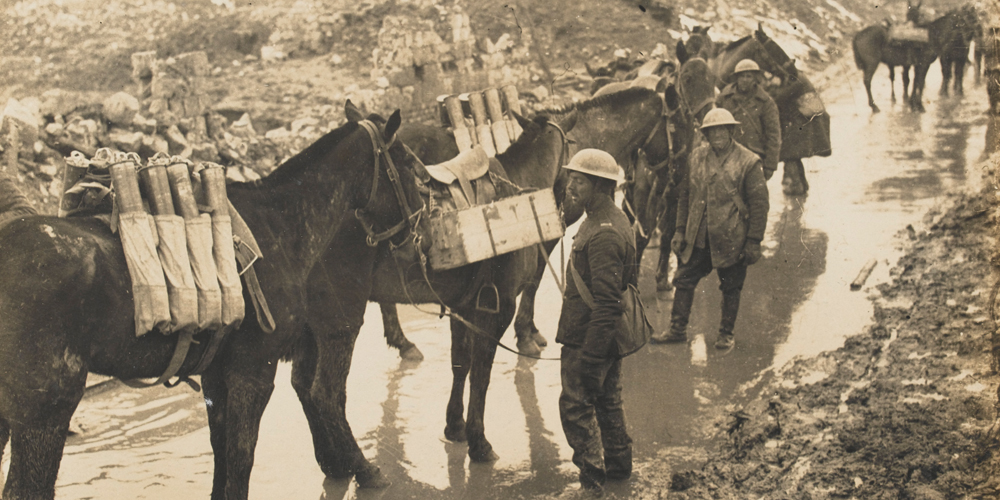 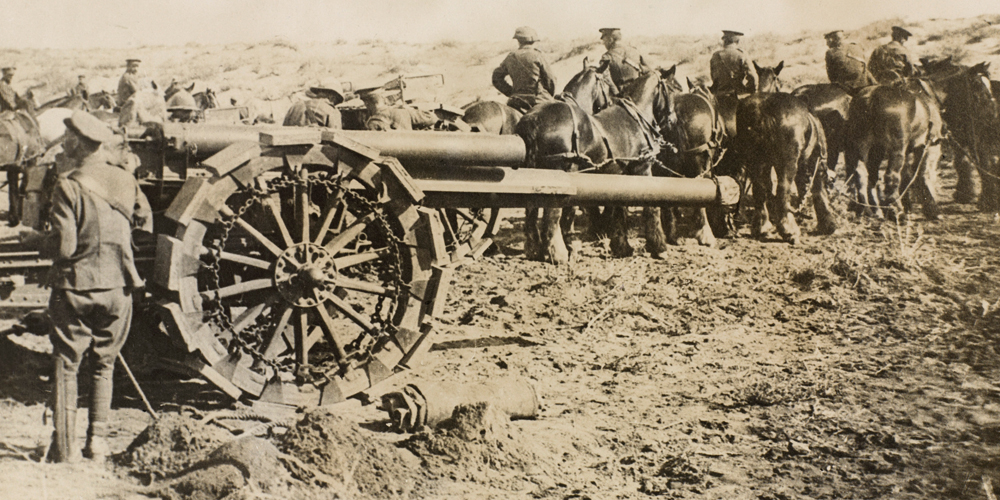 Other animals were employed by the Army too. Homing pigeons and dogs were both used to carry messages, often in the heat of battle, when telephone communications had broken down.

The Veterinary Corps was the part of the Army that provided all these animals with medical care. 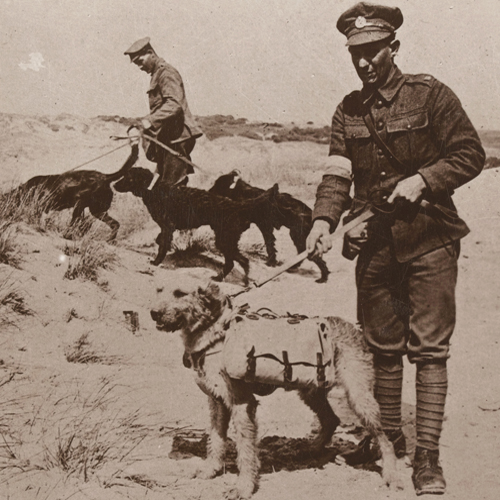 Dogs were trained to take medical supplies to the wounded in no man’s land. Most dogs used were from Battersea Dogs’ Home in London.

Read about Hukum Singh Bahedur, who looked after animals.

Click here to view photos of animals in the First World War.

Michael Murpurgo’s book War Horse (also a play and a film), tells the story of a horse called Joey’s perspective of fighting in World War One.