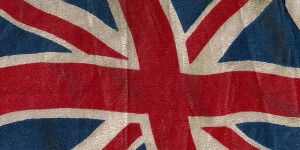 Many parts of the British Empire, including India, the West Indies, Canada, the Union of South Africa, Australia, and New Zealand, sent troops to help Great Britain when it declared war on Germany.

For about 500 years, Great Britain was sovereign of many countries across the world, all of which were known as being part of The British Empire. By the late 19th and early 20th Century, it was the largest empire in history and covered about a quarter of the world’s land surface with territory on every continent. It was known as ‘The Empire on which the sun never sets’.

Initially, the aim was to ensure a source of raw materials and markets for British manufacturing products, as shipping and trade were Britain’s main income sources. In the 18th and 19th Centuries things changed, particularly with the abolition of Slavery in 1833, and the main reasons for expansion were about British military and naval power. The Victorians continued to acquire territory for strategic reasons and often justified this as being for philanthropic reasons.

The British Empire increased in size directly after the First World War, as it became effectively a Trustee of former German and Turkish Territories in the Middle East and Africa (such as Egypt). However, it soon shrank quickly as many of its key territories gained Independence. The final British Colony, Hong Kong, was returned to Chinese sovereignty in 1977. These nations then formed the Commonwealth, a voluntary association of sovereign states.

Click here for more information on the British Empire