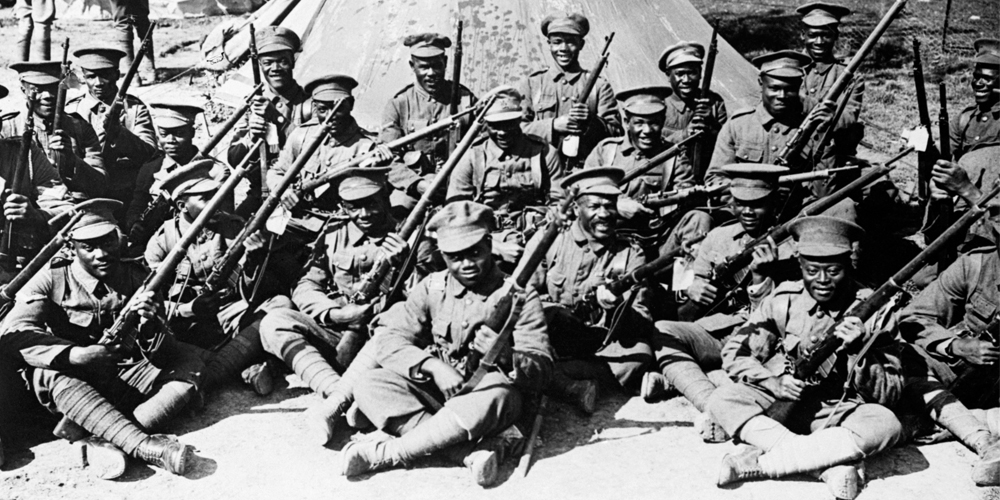 In 1914, high unemployment in the Caribbean and West Indies meant many West Indian and Caribbean men wanted to join up. When the Colonial office initially proposed a West Indian contingent, the War Office refused.

Lord Kitchener, Secretary of State for War, didn’t want black recruits because, first, they would be more visible on the battlefield, and second there were concerns that black soldiers would outshine their white comrades on the battlefield, giving them the confidence to demand freedom from the British Empire post-war.

King George V, however, wanted to show the world a united Empire in wartime, and was concerned that the exclusion of black troops might undermine British Rule in the Colonies. He overruled Kitchener, and in May 1915, small units of black soldiers were brought together at the North Camp in Seaford, Sussex. This was formalised as the British West Indies Regiment (BWIR) in October, a separate black unit within the British Army, where no black soldier was to rise above the rank of Sergeant, and all commanding officers had to be white. 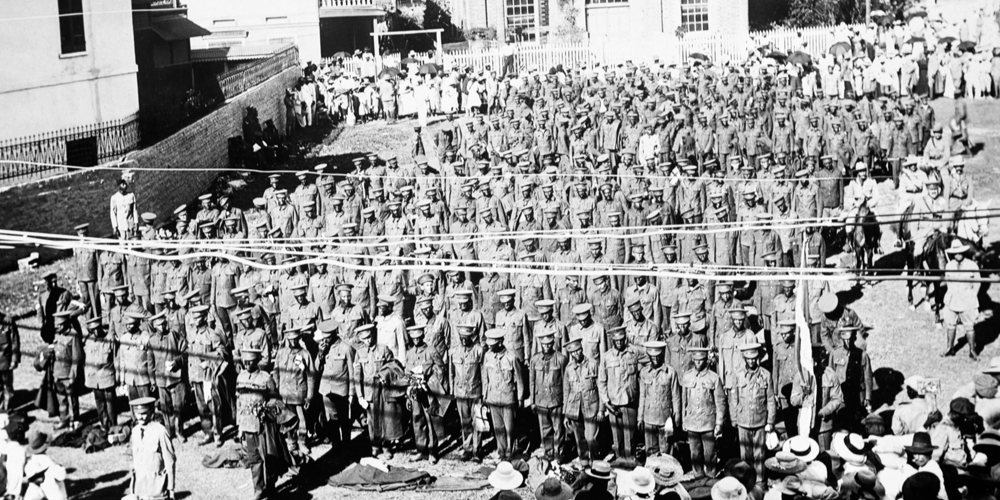 By the war’s end, in November 1918, the BWIR had registered 15,204 men. Of these, 66% came from Jamaica, but recruits came from most of the West Indies islands, British Guiana, British Honduras and from Caribbean communities in Panama, Canada and the USA.

BWIR forces were often treated like a labour corps and given duties behind the scenes such as digging trenches. 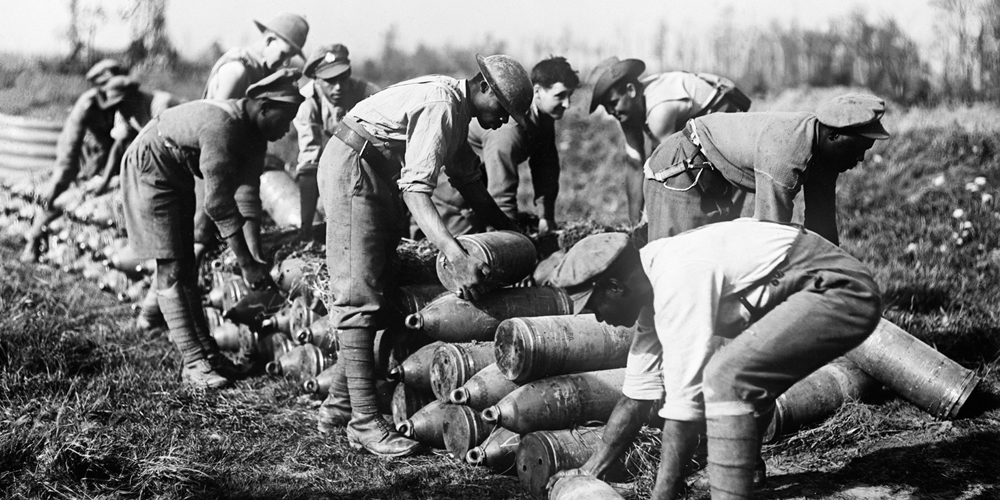