Infantry battalions and cavalry regiments were at the sharp end of the Army, but equally vital, and larger in size, were the corps, or support troops, that kept the sharp end sharp and pointing in the right direction! Engineers built, signallers communicated, the Army Service Corps transported ammunition and food.

Artillery, the big guns, were normally arranged behind the lines, and worked closely with the Royal Flying Corps. 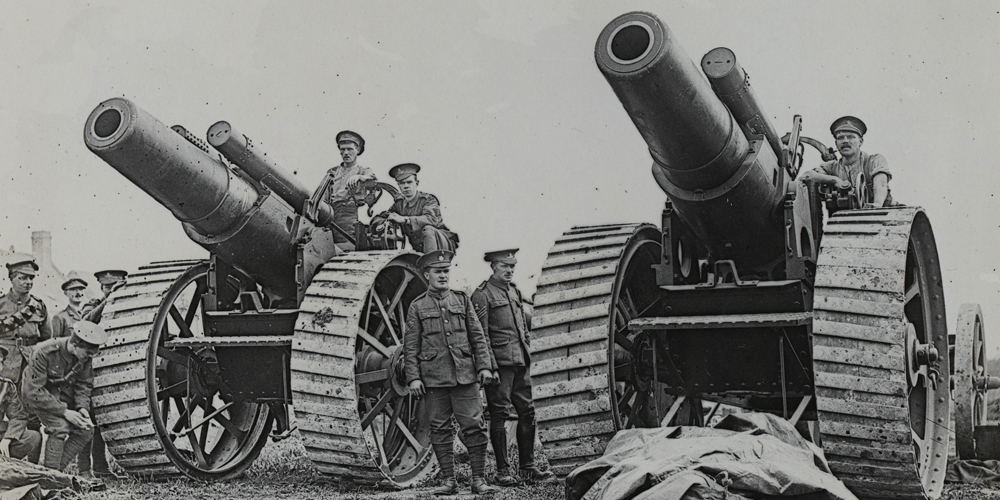 The sentry was standing up, with his elbows on the ground level (there was no parapet) gazing alert and interested in the continuous flicker of our shells bursting along the enemy’s trenches. Overhead was the continual grinding, screeching, whistling of the shells as they passed over, without pause or cessation; behind there a chain of gun-flickers the other side of the ridge; and in front was another chain of flashes, and a succession of bump, bump, bumps as the shells burst relentlessly in the German trenches.

Trench Mortars (often called The Toffee Apple) were 42lb spherical bombs, containing an explosive charge mounted on long shaft and fired from a 2in diameter tube. A single round could destroy 6sq yards of barbed wire. 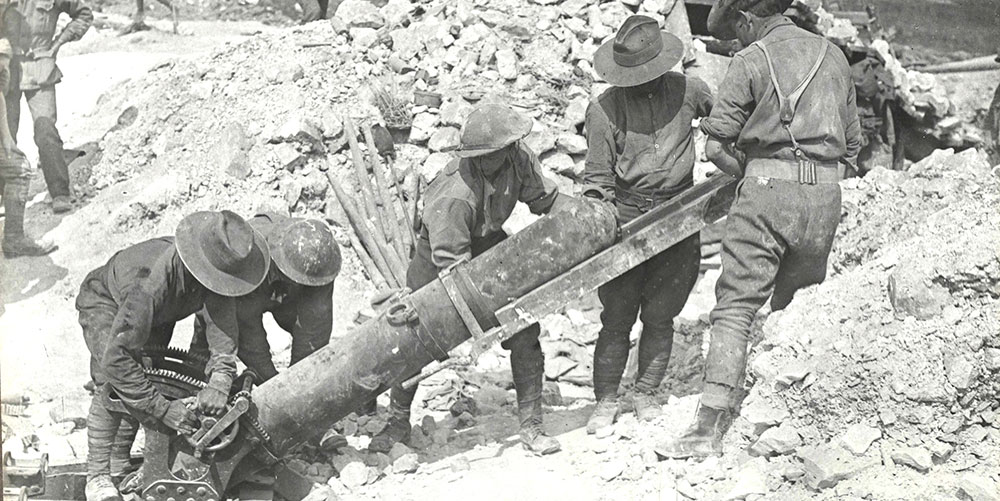 The RFC’s fighter airplanes battled to clear the skies over enemy lines so that reconnaissance airplanes could gather and relay information about enemy positions, or take photographs for analysis and map-making in anticipation of attacks. Despite being used mostly for reconnaissance at the start of the war, they developed rapidly as bombers and as fighters. They weren’t without their problems, though – pilots suffered chronic diarrhoea as a result of the fumes from the use of castor oil, a laxative, in the fuel tanks, to lubricate the engine! Fighter pilots became national heroes. 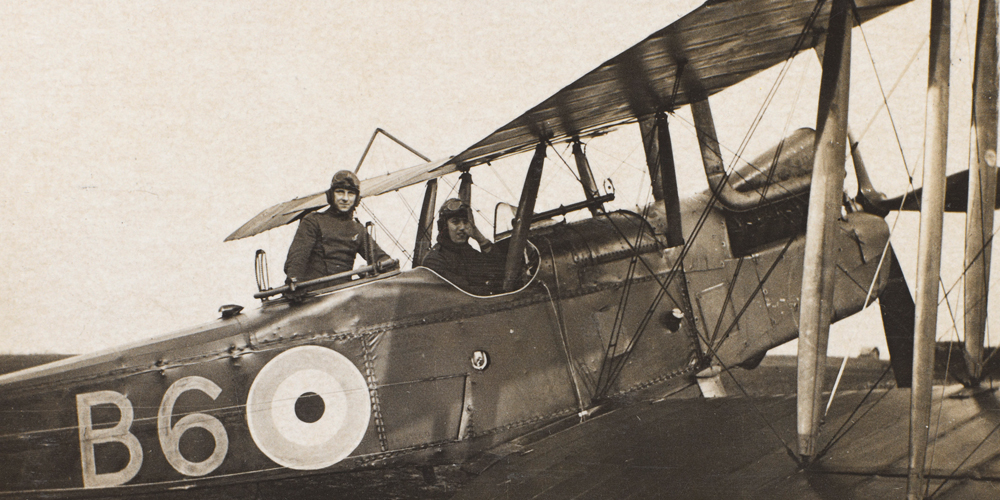 A Fighter Plane – An RE8 reconnaissance airplane. The observer at the back has a bar to mount a machine gun for defence.
© National Army Museum

German trench systems, dug deep and reinforced with concrete, protected by barbed wire, machine guns and artillery were well nigh impregnable to conventional infantry assault, so new weapons were developed and introduced. Tanks, armoured and mechanised, were designed to roll over barbed wire or across trenches. 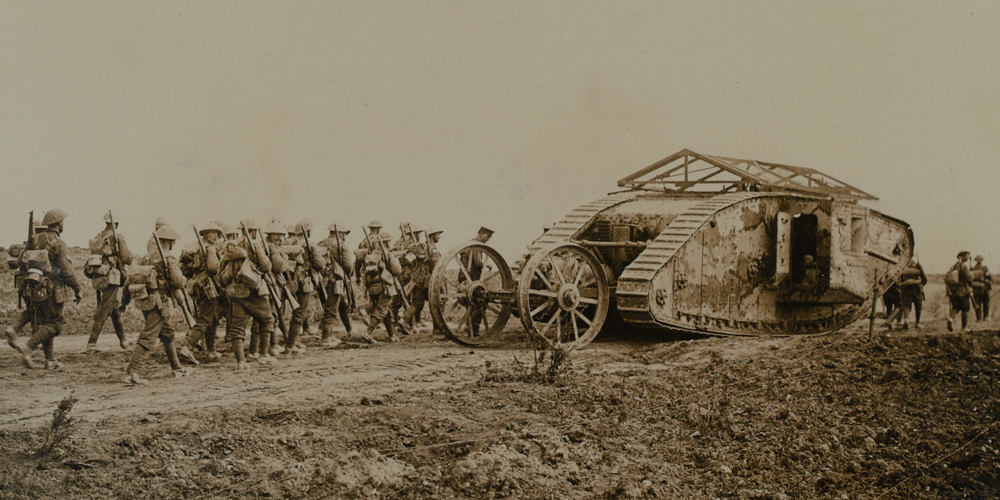 Tanks were rushed into production for the Battle of the Somme (1916), and though soldiers appreciated them, to begin with they frequently broke down. The cage on top of the one in the picture above is designed to make grenades bounce off. 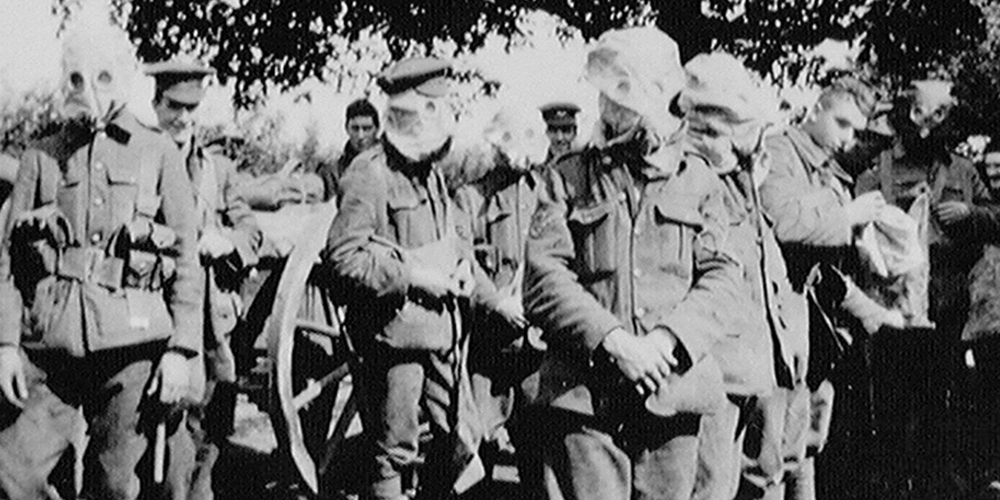 Poisonous gas was designed to permeate defensive systems, disabling or killing enemy soldiers. Poison gas was used by both sides. Here British soldiers are wearing PH gas helmets for protection. The material of the hood was impregnated with chemicals that stopped gas.

Read the story of Lionel Turpin, who was affected by gas.

One technology that didn’t keep pace with other developments was communications. Buried telephone wires connected different headquarters, but were often the first thing to be destroyed by artillery counter-bombardment as soon as an attack was launched. Radio was in its infancy. This meant that, during battles, commanders had no way of knowing what was happening on the battlefield. Information was received, and orders sometimes reached their destination hours after the situation had changed. 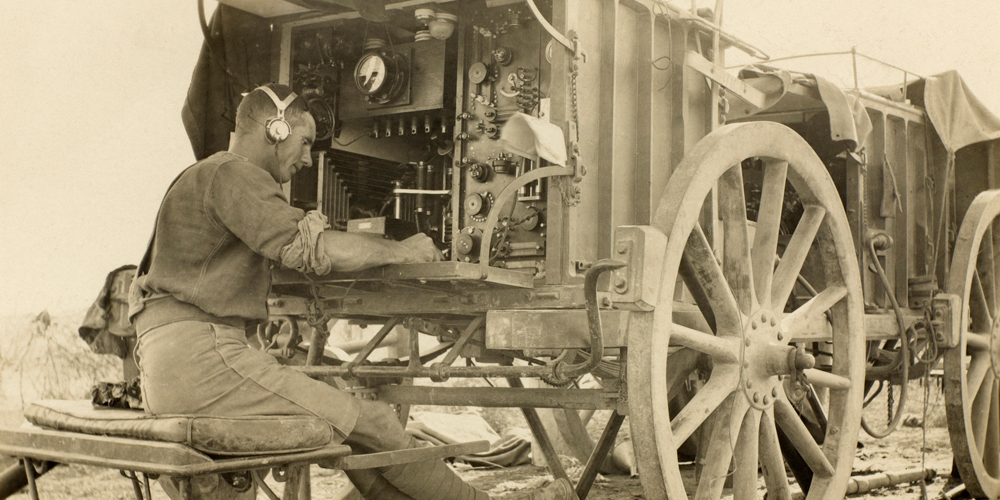 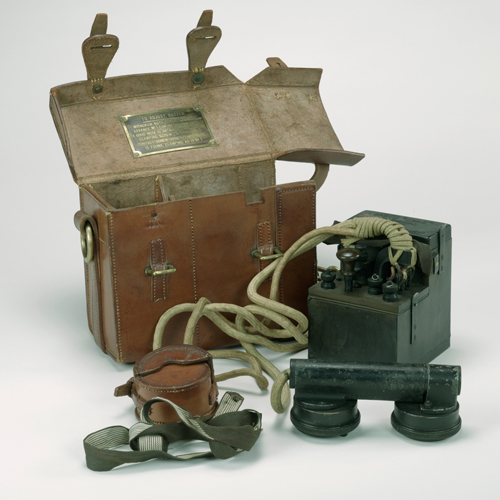