The British Army has a complex structure of ranks of personnel and groupings/units of soldiers.

A Commissioned Officer (any rank higher than a Second Lieutenant) is able to act as the commanding officer of a military unit. Generally, officers have a greater degree of responsibility and are in management positions.

Unlike many countries, to be a commissioned officer in Great Britain you do not have to have a university degree and can be promoted from the ranks. However, at the start of the First World War, the majority of commissioned officers came from a wealthy background, had been to public school (actually a private or boarding school), and had gone to university.

In the past, commissioned officers were assigned a Batman: a personal servant and assistant. They acted as runners to convey orders from the officers, as drivers, as valets, maintaining the officer’s uniform and had various other roles.  It was seen as a good role, because batmen were often given better rations and favours from their officers! Batmen often followed their officers into later civilian life as domestic servants. 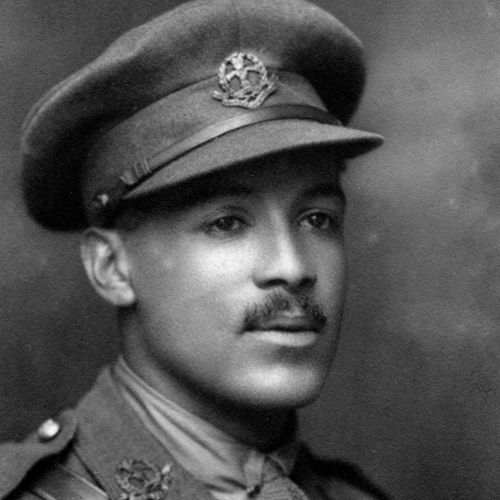 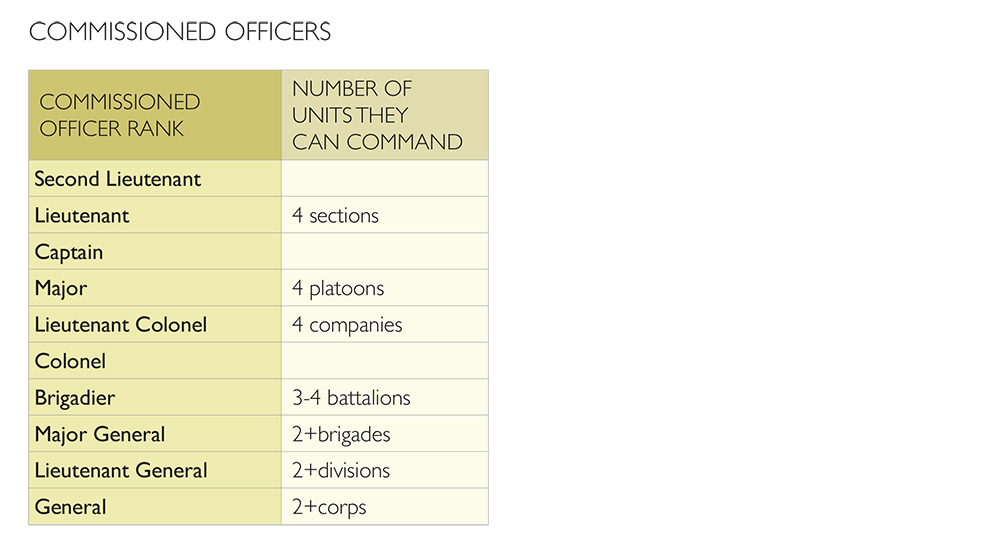 Generally, soldiers do more practical tasks and are out in the field rather than undertaking administrative duties, but this can also include significant leadership roles. These are often known as non-commissioned officers, and can gain the following officer roles through promotion:

Click here for more details on the British Army

The Indian Army’s main fighting arms comprised 157 Infantry and 52 Cavalry regiments and a host of units of the ‘other arms and services’.

The ranks under each of its two main branches were as follows: 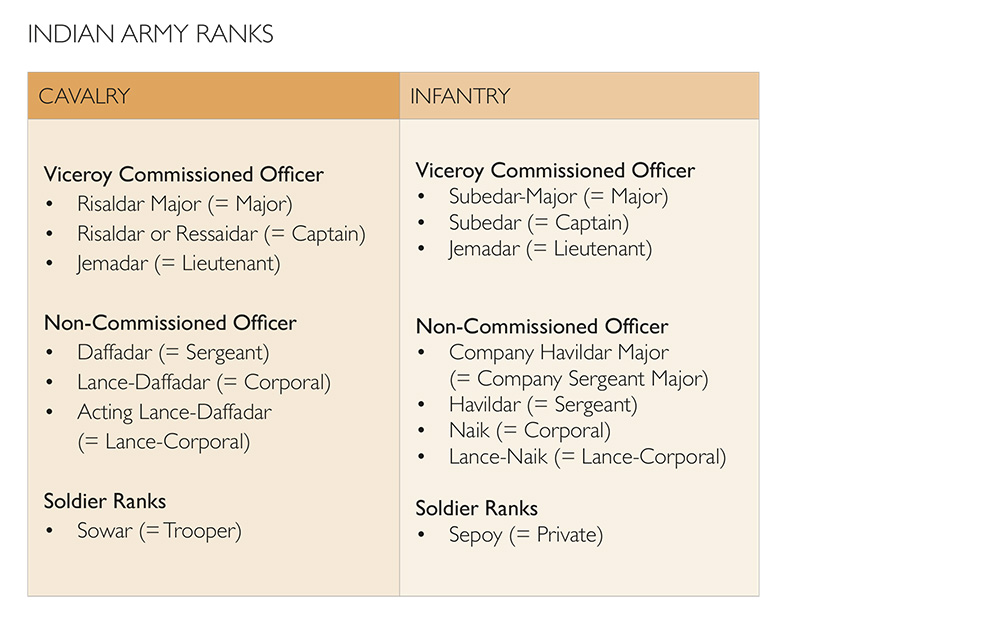