Tertia Sefton-Green’s libretto masterfully engages its adult audience while ensuring that the content remains accessible and understandable to the young people taking part. Julian Joseph and Richard Taylor’s music help to elevate the performance into something wonderful to experience – each character’s culture is reflected in their music and it is a joy to hear different genres and influences being woven together to reinforce the narrative’s themes of camaraderie.
The highlight for me was a daring four-part chorus which saw the students conjure up the terrors of the trenches by having four of the songs overlap and crash into one another, throwing up a disturbing set of images.
This was a truly incredible and moving performance that serves as a fitting tribute to the soldiers whose stories are too often left out of the narrative of the war.

HMDT Music’s affecting music theatre work…….. “letters home” ….
These have all the poignancy, humour, sadness, bitterness and gritty historical detail that you would expect, from the blackly humorous “I’m afraid of getting nits so I keep my turban on!” to the heartbreakingly bald statement “I don’t want to be here any more.”
Arts education organisation HMDT Music have form for taking on projects with big themes.

There are some exceptionally good things about this… This is a laudable and worthy project and subject, and the production was slick…

What did teachers and students say about the project?

The costumed interpreter was utterly convincing. Even the staff believed they were in his army! This had a significant impact on the children as they were actually made to feel like they had signed up to the army! You could hear a pin drop and they loved seeing the adults getting told off by the officer!

I think that the children are so proud of their puppets because they have possibly never made a puppet of such high quality. They were all successful in making one and it was amazing how different they all were, even though they had all followed the same instructions. I think this has possibly raised their expectations of what they can achieve.

It was amazing for the children to work with so many different and talented professionals – to see the roles of conductor, creative director, stage manager, singers etc. I think this will be something they will remember and look back on with pride.

The children absolutely loved performing at the Dome. They loved learning all the songs and being part of a big production. It was a fantastic life experience that I’m sure they will always remember.

The children loved the team who lead the rehearsals and the techniques and strategies they used to get their attention and they want to use these in school, it was useful as a teacher to see these techniques too and to use them back at school. The children also enjoyed hearing the different parts and the songs sung by other schools.
I myself have thoroughly enjoyed learning about an aspect of the war I was not aware of and learning alongside the students has been a positive and exciting experience. As a music teacher, it has given me renewed faith in impact arts education can have and challenged me to introduce the children I teach to a wider variety of music and a repertoire with a greater depth of challenge.
The project has brought the school community together in particular, the impact on parents on children from disadvantaged families has been very valuable.

The quality of all the workshops and experiences the children have had throughout the project was always very high. The music was high quality and the resources given such as the backing tracks and score were all really well produced.

It exceeded expectations. It had the feel of a West End show. Marvellous.
The feedback from the parents has been wonderful. I don’t think they were expecting such a massive production.
It has had a big impact and has without doubt been a valuable experience. It is amazing to see the final product and see the children nervous but delighted and proud of themselves. The children learnt a lot on the journey and the lyrics and libretto forced the children and adults to think on a deeper level about the magnitude of a world war.

When I listened to some of the songs for the first time, I felt like I was there in the war too. Just the way you describe the characters you can picture what they look like and what they acted like. I was especially interested in the stories because they had mixed emotion – you never knew what was going to happen.
Although I have walked to the Chattri too many times to count, I’ve never considered where the soldiers came from… I’ve realised there was much more to the war than I thought.

It was so interesting to hear the soldier’s personal stories and sing out their letters home on stage. (…) I found the music very emotional and did not realize how sad it would make me feel, my eyes were watering.

Thank you so much for giving me the opportunity to commemorate the lives of special and bold people. (…) not only to perform at the Dome but to tell the stories of these incredible soldiers was amazing and I will never forget it. The project was sometimes sad and upsetting but it is so important to keep the memories alive so we don’t forget how brave these hardworking comrades were or so we don’t make the same mistakes again.

It made people think about that other countries helped to defend our country. I think the thing I will remember most is that loads of people put loads of effort into it.

All the singing rehearsals were fabulous and I loved how kind people were to me. I enjoyed all the songs but it made me feel quite sad for the people who gave up their lives …

The show turned out amazing and when my mum and dad took me home from the performance, they said it was the best show they’ve ever seen and I really do agree!

I had a mixture of feelings of excitement, nervousness and sadness … I enjoyed it and if I had the chance I would do it again. I will remember performing in Trench Brothers for the rest of my life.

Thank you for inviting me to Trench Brothers! It has given me an opportunity to build my stamina for singing

Thank you for the experience at the Dome. It was truly inspiring.

It was one of the best experiences in my life. Thank you!

Singing in the performance was far better than I had imagined, I had so much fun, I would love to do something like that again.

Made possible with the generous support of: 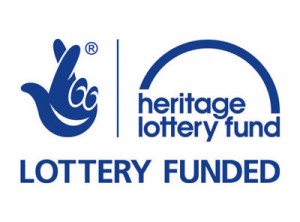