on an occasional basis. On some weeks, performances are given by visiting musicians who

are experts in many different areas of the musical world; when appropriate these

performances are linked to special workshops. Sometimes such projects culminate in large scale

at LSO St Luke’s and The Palace in the Sky and On London Fields at The Hackney Empire. In

2013, these include workshops and visits to concerts and/or rehearsals, working in

partnership with the Wigmore Hall and the Royal Philharmonic Orchestra.

HMDT Music’s Saturday Programme plays a prominent part in the community, with

students frequently performing in public venues. To date, the Saturday Programme has

having taken part in a number of first performances/world premiПre’s including:

• June 2012: ICS! students perform in The Brown Bomber by Julian Joseph at

Sadler’s Wells and The Southbank Centre;

•May 2005: Apollo by Phillip Cashian at the Royal Festival Hall and during HMDT’s 10th

Anniversary Concert at the Hackney Empire;

Symphony Orchestra at the Barbican;

•April 2002: A Summa Caelo by Paul Robinson with the London Schools’ Symphony

Orchestra at the Barbican;

•November 2000: The Palace in the Sky, a joint community opera initiative between

ENO Baylis and HMDT, written by Jonathan Dove and Nick Dear, and performed at

•April 2000: World Upon World by Daryl Runswick with the BBC Symphony Orchestra

at Maida Vale Studios which was subsequently broadcast on BBC Radio 3;

• June 1999: Performance for the Prime Minister at Number 10, Downing Street to

celebrate the launch of the National Foundation for Youth Music.

•Workshops and performances with Mobius Ensemble

•Workshops with the Wigmore Hall;

•Workshops with the Royal Philharmonic Orchestra;

• Performances at the Wigmore Hall;

• Performances of work specially commissioned for the Saturday Programme.

MUSIC LESSONS FOR YOU!

Music Lessons For You! offers you music lessons from top quality music teachers across

London. Whether you are looking for vocal lessons, instrumental lessons in a huge range of

instruments (orchestral or non-orchestral), composition or theory – we can deliver it.

Instruments range from: Violin to Double Bass; Recorder to Bassoon; Trumpet to Tuba; or even,

Accordian to Digeridoo. Not sure which instrument to choose? We can create a personalised

series of taster sessions for you, so that you can have a go before committing to a series of

lessons. Regardless of what you want – call us!

Our top quality musicians teach across a wide variety of styles, whether you want to learn

Classical, Jazz, Rock or Pop. We cater for all ages and abilities, whether you are an advanced

student, a complete beginner or picking up lessons again after a break.

The teachers can come to your home, you can go to theirs, or you can have your lesson online. 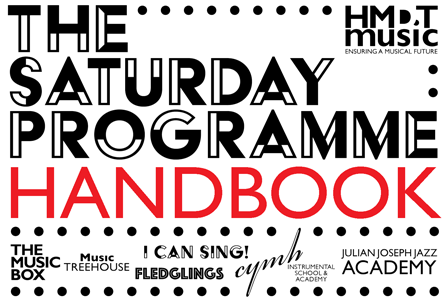